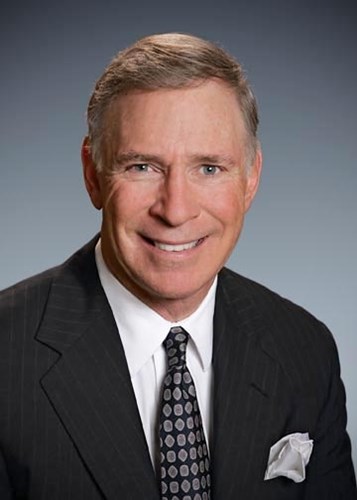 The O.B. Vaughan Special Recognition Award of the American Board of Orthodontics is named in honor of Dr. O.B. Vaughan, an ABO past president. The ABO established this award to acknowledge those who have made a significant contribution to the orthodontic specialty.

“Dr. Bray is a well-deserved recipient for this award,” said Dr. Chun-Hsi Chung, a director of the ABO. “He is a dedicated educator and has been teaching orthodontics for the last 15 years. During his tenure as president of the AAO in 2009-10, he facilitated and encouraged the ABO to maintain its headquarters at the AAO building in St. Louis, Mo., by providing the opportunity for the ABO to expand its space to accommodate its growing needs. He continually demonstrated the AAO’s strong support of the ABO through his actions and words.”

Dr. Bray has been in private orthodontic practice in several New Jersey communities since 1976 and has served as a clinical associate professor in the Department of Orthodontics at the Temple University School of Dentistry since 1997.

Dr. Bray has been involved in numerous orthodontic organizations and community endeavors throughout his career. He is a past president of the AAO and the Middle Atlantic Society of Orthodontists. Currently, he is the chair of the National Planned Giving Campaign and the Gift Acceptance Committee of the AAO Foundation. Since 1984, he has served as the general chair of the J. Daniel Subtelny Endowment Fund for the Eastman Institute for Oral Health. Dr. Bray is a past vice chair of AAO Services Inc., and is a member of the Angle North Atlantic Component of the Edward H. Angle Society of Orthodontists. He has also served on the Executive Board of the Boy Scouts of America, and, for more than 20 years, has served on the Hospital Board of Trustees at Shore Medical Center in Somers Point, N.J.

Dr. Bray earned his DDS from the University of Maryland in 1973 and a certificate in orthodontics from the Eastman Dental Center in 1975. He earned his master’s degree from the University of Rochester Medical School in 1976. Dr. Bray is a Diplomate of the ABO, a member of the College of Diplomates of the American Board of Orthodontics, and a fellow of the American College of Dentists, the International College of Dentists and the World Federation of Orthodontists.

“It is an honor to receive this award named for such a distinguished leader in our beloved specialty,” Dr. Bray said. “It is truly humbling to be named with such company of the previous recipients. I hope to meet the goals and ideals of Dr. O.B. Vaughan. Also, I want to express my gratitude to the ABO directors for their dedication and effort they show on behalf of all of us. One of the things I am most proud of during my service as president of the AAO was the feeling of unity that was created by the expansion of the ABO office in St. Louis. This became a reality because of everyone on the AAO Board of Trustees and the super staff of the AAO. The ABO continues to help all of us, and, for that, I am truly grateful."