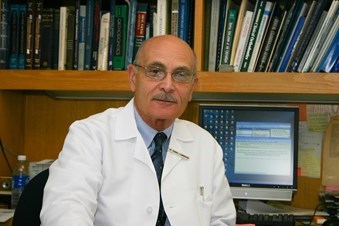 The American Board of Orthodontics (ABO) awarded the Albert H. Ketcham Memorial Award, its highest honor, to Dr. Thomas J. Cangialosi of Rumson, N.J., Sunday, May 5 at the Excellence in Orthodontics Awards Ceremony, which was held in conjunction with the 2013 Annual Session of the American Association of Orthodontists (AAO) in Philadelphia, Pa.

The ABO created this award in 1936 to commemorate the achievements of Dr. Albert H. Ketcham, one of the pioneers in the specialty of orthodontics. The ABO awards this honor annually to an individual who, in the judgment of the award committee, has made a notable contribution to the science and art of orthodontics.

During his time at Columbia University, Dr. Cangialosi also held several administrative appointments. From 1989 to 2003, he was the associate dean for advanced and postdoctoral education at Columbia University. Prior to that, Dr. Cangialosi was the associate dean for students/postdoctoral education and the assistant dean for student affairs and admissions. From 1988 to 2003, he served as the co-director of the New York Presbyterian Hospital Cleft Palate and Craniofacial Center.

“Dr. Cangialosi is an individual who has a lifetime record of outstanding contributions to the art and science of orthodontics,” said Dr. Scott Jamieson, the immediate past president of the ABO. “To say that Dr. Cangialosi is a revered teacher, professor par excellence and consummate mentor not only to his students but also to those who know him personally and professionally is an understatement. Dr. Cangialosi has benefited his profession, his community and also his family whom he holds dear to his heart in faithfulness and love. He is the epitome of an ethical professional, and his personal moral fiber is absolute. Dr. Cangialosi richly deserves the Albert H. Ketcham Memorial Award.”

Dr. Cangialosi has been a diplomate of the ABO since 1986. He completed his voluntary recertification in 1999. In 1996, he began his eight-year term as a director for the ABO, where he represented the Northeastern Society of Orthodontists. He served as president of the ABO from 2003 to 2004. Since 2004, he has been an examiner for the ABO Clinical Examination. He is also a consultant to and a member of the ABO Written Examination Committee.

“Receiving the Albert H. Ketcham Memorial Award is especially meaningful to me because I have always admired Dr. Ketcham as a true visionary who recognized the uniqueness of the specialty of orthodontics,” Dr. Cangialosi said. “He founded the American Board of Orthodontics, the first specialty board in dentistry and patterned it after the only other two boards in the health sciences that existed at that time, ophthalmology and otolaryngology. His motivation, which I share, was ‘protection of the public.’

“My association with the American Board of Orthodontics as a director and president has greatly influenced my approach to practicing and teaching orthodontics, and the friendships I have made with the directors who preceded and followed me on the board have changed my life in a very positive way.”

Dr. Cangialosi is also the author of 43 publications in refereed journals, 18 abstracts, five book chapters and four teaching manuals. He is the co-editor of the book Essentials for Orthodontic Practice (third edition). He has lectured extensively in the United States and abroad.

Dr. Cangialosi is a member of the Angle East Component of the Edward H. Angle Society of Orthodontists, from which he received the Distinguished Service Award in 2006. He has also been active in both the AAO and the American Dental Association. In the past, he has served as a delegate to the AAO House of Delegates and as a member of the AAO Council on Orthodontic Education, which he chaired for three years. He also currently represents the specialty of orthodontics as its commissioner on the Commission on Dental Accreditation (CODA).