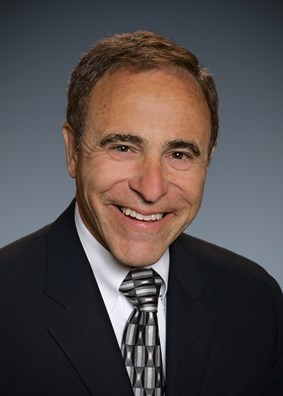 The American Board of Orthodontics (ABO) awarded the Albert H. Ketcham Memorial Award, its highest honor, to Dr. Lee W. Graber of Vernon Hills, Ill., Sunday, May 6 at the Excellence in Orthodontics Awards Ceremony and Luncheon, which was held in conjunction with the 2012 Annual Session of the American Association of Orthodontists (AAO) in Honolulu, Hawaii.

The ABO created this award in 1936 to commemorate the achievements of Dr. Albert H. Ketcham, one of the pioneers in the specialty of orthodontics. The ABO awards this honor annually to an individual who, in the judgment of the award committee, has made a notable contribution to the science and art of orthodontics.

“The list of those who have received this award is literally a who’s who in the specialty of orthodontics,” said Dr. Barry Briss, president of the ABO. “We are now adding Dr. Graber to this long list of luminaries. It is also the first time in the history of the award where two members of the same family have received it. Dr. Graber’s father, Dr. T.M. Graber, received the award in 1975.

“Dr. Lee Graber is an accomplished clinician, teacher, author and leader at the local, national and international levels. He is passionate about our specialty. He has been a great communicator and has promoted worldwide cooperation in raising the standards of orthodontics and seeking cooperation among all orthodontic specialty boards throughout the world. He has lobbied tirelessly for a new world order for international board certification, and, in the process, has built bridges among orthodontists from all corners of the globe, bringing them to together to exchange ideas about board certification. While president of the American Association of Orthodontists, he also furthered the close bond between the ABO and the AAO. A concrete testament to the increasing strength of this bond is the new headquarters and testing facility the ABO built in St. Louis in 2010. The ABO is truly pleased to present this award to Dr. Graber this year.”

Dr. Graber earned his DDS, master’s degree in anatomy, and PhD in human growth and development from The University of Michigan in Ann Arbor, Mich. He completed his master’s degree in orthodontics at Northwestern University in Chicago, Ill. Dr. Graber is a Diplomate of the ABO and a member of the College of Diplomates of the American Board of Orthodontics. He is also an honorary member of the British Orthodontic Society, the Syndicat des Spécialistes Français en Orthopédie Dento-Faciale, the Japanese Orthodontic Society and the Taiwan Association of Orthodontists.

Dr. Graber has been affiliated with several academic institutions, including Northwestern University, The University of Michigan, Loyola University, as well as the Kenilworth Dental Research Foundation. Dr. Graber has contributed to numerous books on the specialty of orthodontics and articles in scientific journals. He is the co-editor of the just-released 5th edition of Orthodontics: Current Principles and Techniques, a text originated in 1985 by his late father, Dr. T.M. Graber. Dr. Graber has lectured in the United States, South America, Europe and Asia on craniofacial growth and development, early orthodontic treatment, adult orthodontic care, psychological factors of malocclusion, and new technologies in orthodontics, among many other topics. He is a frequent coordinator of, participant and moderator for national and international orthodontic specialty programs, and has been a national spokesperson for the AAO.

“This recognition from the American Board of Orthodontics is internationally recognized as the highest award for contributions made to the art and science of our dental specialty,” Dr. Graber said. “I am truly humbled to be placed on the list of distinguished award recipients who have preceded me. It is especially meaningful to me because my father also received this recognition.”